“Failure is an opportunity in disguise”

This is an article regarding the so-called eBay’s April flag (coded 587), its relation to retail dropshipping / Online Arbitrage and some data that have been collected since this started.

On April 19-28, many -mostly eBay dropshipping accounts (as well as some conventional) saw an abrupt “impressions” drop in their metrics, while fewer others got a crazy “visibility boost”, resulting to unprecedented sales! Can we be the second ones? (if you are lazy just skip all this fuss to the conclusion :-p)

On November 1-7 some members experienced a second sudden drop, this time to their promoted listings campaigns. Many people say that this could be a coincidence, since many non-dropshipping accounts also experienced it.

First of all, let’s clarify this: This flag exists and started being implemented on April. There are numerous, well-documented facts showing that eBay introduced this restriction. We can debate on why they did it, who they target at or what parameters trigger it but I don’t think there is any point debating its existence anymore.

Here are some facts for you to check if it is applied on your own account:

1. Check what date you got low impressions in your seller’s eBay metrics. Then call eBay (Trust&Security Dept seem to know better about this), and ask them to run a check for code 587 around this date.
They should confirm that you have it active, the reasons why it was triggered on your account [some reasons an eBay rep mentioned by 1 call: Item location misrepresentation, pre-sale behaviour (because of no inventory control), listing manipulation(e.g. duplicates), messages that seller states “we are not in control of our inventory” and suspicious country location that triggered the scan] and how to lift it. They should also tell you this word by word:
“We can detect when you are in control of your inventory, so there is no need to provide evidence. To comply with the selling practices policy, you must demonstrate a change in your account activity for at least one month. Once compliant, you will see an improvement in search in 1-2 months.”

2. Here is an article titled eBay takes action on arbitrage says software provider. It states that some DS people went to court on 10th May 2018 filing a lawsuit against eBay for manipulating the “best match” search results against “dropshippers”. Supposedly eBay has admitted it. Below is the related court document: 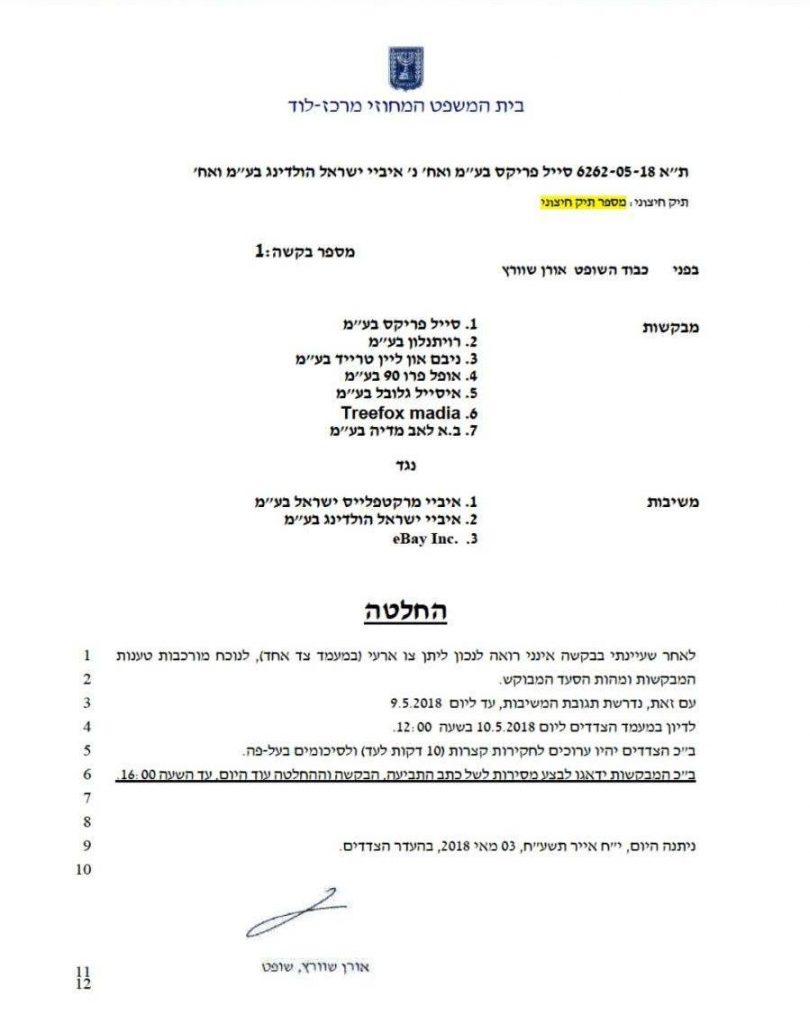 3. Here is a Facebook poll regarding how many and how sellers affected.

(And here are some clues advocating that an “accounts scan” started on April from my personal experience:
I know 2 people that happened to have their eBay accounts on vacation mode these days (April) and 3 others that were just starting dropshipping. They got their sales boosted instead of dropping, (probably because other seller’s impressions went down). As far as I know, 4 out of 5 later got flagged too.)

There is a suspicion that eBay implemented an algorithm for triggering this flag, in an effort to primarily limiting the visibility of the retail marketplace based dropshipping accounts.
Since this started, many theories have been put on the table, mostly on how eBay can spot and distinguish a retail dropshipping from a conventional account. Parameters like Dropshipping API tools, metrics (e.g. very low STR), return labels/addresses indicating retail marketplaces warehouses, IPs indicating different seller’s country than of the item locations and tracking numbers of specific carriers specifying other than item location’s addresses, could be taken into account.

But how do they recognize the DS accounts? There are some clues that could lead us to the conclusion that the most probable way eBay spots retail dropshipping accounts, is by finding the ones that practice item location misrepresentation and the most probable way of spotting this behavior is by checking the given tracking numbers of the shipped orders with the listing’s item location.
Although it could be a complicate algorithm taking many things into account, here are some facts that could advocate that this flag is mostly being triggered by item location:

1. Around these days that April’s flag applied, eBay introduced new seller’s policies, among which the iItem location policy (I think on May 22nd). This policy is confusing and eBay’s representatives seem to give random answers to this. Among others, it states: “Make sure your listings follow these guidelines. If they don’t, some or all of your listings may be ended or not displayed in the eBay search results. You may also be subject to a range of actions, including limits of your buying and selling privileges […]”

2. Some dropshippers that sold only from China (e.g. Aliexpress) didn’t got (that) affected.

But is this flag designed to primarily target dropshipping accounts? Most probably yes…

Older dropshippers can recall previous steps eBay were taking on late 2017 to 2018 like eBay Australia ban Arbitrage and Fufilment by Amazon and more strict policies regarding dropshipping
Conventional sellers have also been flagged, but could be considered collateral damage, as they might have done some related DS activity or just bad sales practices that triggered the 587 flag.

Additionally, about a month before April’s flag, eBay sent the following email to many eBay accounts. It’s interesting to wonder why most of these emails targeted Israeli accounts… Also notice what they state about lower display of listings.

But why they did it? Dropshippers produce conversions. Don’t they like it?

eBay probably sees the big picture, and in depth of time.  Here are some probable reasons why:
1. They reduce Amazon’s sales
2. Improved seller’s experience
3. Along with their product-based system, forcing sellers to bring new products instead of new keywords
4. In general, get rid of massive trash overpriced listings

eBay never liked retail market dropshipping and never allowed it officially.
They were just tolerating it just like Amazon does with prime abuse. They always wanted and allowed “genuine invoice dropshipping”, with 3rd party supplier’s contracts and wholesale prices.
Limiting visibility instead of closing these dropshipping accounts completely is also a good call, since they now keep enjoying incomes from the subscriptions/fees.

Last but not least, here is a related article for strong readers :-p . What I personally found disappointing is how many eBay reps don’t have a clue on what’s going and if/when they do, they either don’t help or give a random reason or vague answer.

All in all, I believe that eBay is using an algorithm with more than one parameters to spot dropshipping behavior.

*Update 17/10/2019: After months of research and testing, we tend to conclude that the flag is indeed an algorithm that takes into consideration many parameters before flagging an account. One of these could be the controversial API software use. Although we couldn’t find any official eBay’s statement that directly correlates the 587 flag with API use, we found this term on paragraph 9.7 in eBay’s developers program API license agreement, that could advocate on this theory. This could also probably have eBay “covered” for any actions against such software.

However, we should also consider 2 important facts: 1. This agreement was published on June 13, 2018 while flag applied on April and 2. If this theory is true, then why haven’t eBay just banned any such API software as per this paragraph? (eBay bans software for other reasons).

What can we do?
Probable/ suggested solutions: